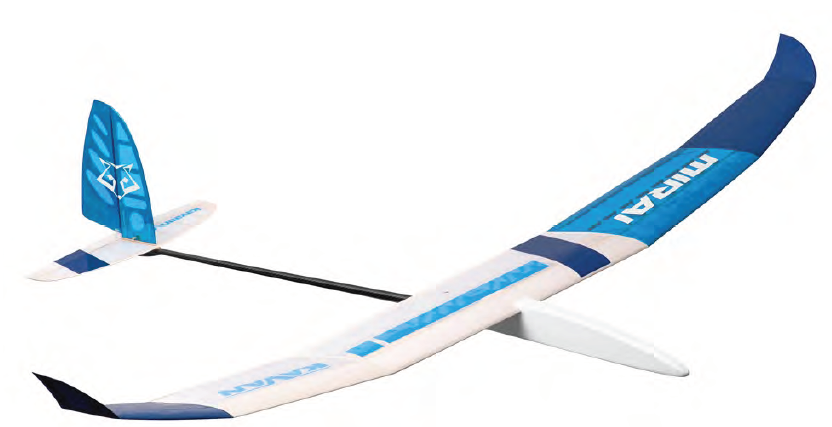 This R/C model is not a toy. Use it with care and strictly follow the instructions in this manual.
Assemble this model following strictly these instructions. DO NOT modify or alter the model. Failure to do so, the warranty will lapse automatically. Follow the instructions in order to obtain a safe and solid model at the end of the assembly. Children under the age of 14 must operate the model under the supervision of an adult. Assure that the model is in perfect conditions before every flight, taking care that all the equipment works correctly and that the model is undamaged in its structure. Fly only in days with light breeze and in a safe place away from any obstacles.

Unless stated otherwise, use medium cyanoacrylate (CA) glue (KAV9952 KAVAN CA Medium). D-box sheeting and wing ribs are better to be glued using a water-resistant white aliphatic resin, like our KAV9960 KAVAN White Glue (alternatively, you can use this sort of glue for most of the wood-to-wood joints). The highly loaded parts (wing roots, wing main spars, firewall etc.) should be glued together using 30 minute (or slower) epoxy (like KAV9967 Epoxy 30min) offering high strength and enough time for the correct positioning.

This RC model you will build and fly is not a toy! Although it may seem to be li-ght and slow in flight it is capable of serious bodily harm and property damage. It is your responsibility and yours alone – to build this model correctly, properly install RC equipment and motor and to test the model and fly in accordance with all safety standards (and common sense) as set down in Safety Codes valid in your country. If you are just starting RC modelling, consult your local hobby shop or an experienced modeller in your local RC club to find a good instructor.

You must build the model according to the instructions. Do not alter or mo-dify the model, as doing so may result in an unsafe of unflyable model. Take time to build straight, true and strong. Use proper radio and other equip-ment that is in first class condition, properly install all the components and test their correct operation before first and any further flight. Fly the model only with competent help from a well experienced modeller if you are not already an experienced RC pilot.

Note: We, as the kit manufacturer, can provide you with a top quality kit and instructions, but ultimately the quality and flyability of your finished model depends on how you build it; therefore we cannot in any way gua-rantee the performance of your completed model, and no representations are expressed or implied as to the performance or safety of your completed model.

Tail Surfaces
Everything has been designed extremely light; yet strong enough. The tail fe-athers are removable for easy transport/storage.

Be sure you are using fully charged batteries. Now (and before any further flight again) check correct function of whole radio equipment, motor and moving of control surfaces. Be sure any part of flight equipment cannot move during flight. We strongly recommend making a range check (see your radio instruction manual for details).
The first flight: Wait for a calm day. Fly only on a safe site as a RC club flying field. Glider will be very happy on your favourite slope on a calm day. The very light lift will allow perfect fine trimming out.
Glider: Switch your transmitter and then the receiver on and check all the working systems one more. Facing INTO the wind hold your transmitter in one hand; grip the model in the other hand near the centre of gravity. Hold it at head level and give the model a fairly powerful push exactly into wind; wings level, nose slightly down. Your model should now glide in a long, flat and straight path without needing any help from you. Use the controls gently if necessary, and adjust the trim tabs until your MIRAI glides above described way. Now check the position of control surfaces; set length of pushrods to bring back trim tabs on your transmitter to central position if necessary (we strongly recommend doing it in any way). Check again gliding of your MIRAI.
Now you are ready to make your first bungee launch. Always use a bungee set appropriate to the size (100-150 m) and weight of your model!
Electric version: Switch your transmitter and then the receiver on and check all the working systems once again. Launch your MIRAI with throttle fully open INTO the wind. During climbing be gentle on the controls; try to keep the model flying into the wind until you have about 100-150 metres of altitude. Climb slowly – too steep climbing may cause the model will stall and fall to the ground. You are at 150 metres – this is time to trim out your MIRAI at full power. After everything is OK – it means the model at approx. 50-60% of full throttle flies straight without turning, descending or ascending (if your MIRAI already tends to ascend you will have to increase motor down thrust), turn the motor off and test MIRAI’s gliding characteristics.
Keep your MIRAI into the wind and observe its flight. If turns without power right (although under power it kept the straight direction) it will be ne-cessary to increase motor right side thrust and vice versa. If descends too much without power (although under power it kept the level flight) you will have to increase motor down thrust (assuming the centre of gravity is correct! – check it after landing).
Final Fine Tuning: During next flights trim out your MIRAI to find optimal setting – safe climbing and good gliding – it is a compromise, of course. You might find useful programming a spoiler->elevator mix (if your radio allows) that will eliminate the nose pitching when the spoiler is deployed. In general the CG position should be located between 78-82 mm behind the wing leading edge. By moving the CG back you get better gliding performance whilst reducing the stability. It makes your model more sensitive on controls and increases the model reaction on thermal. The back CG position makes the model more difficult to fly and requires more attention from you, while a nose heavy model is easier to fly but you will lack the performance. We recommend starting with the CG at 78 mm behind the leading edge. Beyond 82 mm the increasing lack of stability prevails over the gain of gliding performance. On windy days, you can improve the penetration of the glider version putting additional ballast into the F20 ballast tube. Enjoy your new MIRAI, have a ball!